A Step Towards Anti-Corruption: Proselytizing Phantasm into Reality Economic prosperity, counterpoise, burgeoning employment opportunities, and benevolence….. that every country in this orb necessitates setting its impresa as the developed and halcyon country in the world. The prosperity in the different sectors of any locus is determined by the prosperity of the people residing there whereas allegiance and piety of people can lead the landmark towards development which substantiates their intertwinement.

One of the sabotaging reasons, slackening the wave of development is a corrupted mind and activities. As per Transparency International, corruption can be defined as the abuse of entrusted power for private gain eroding trust, weakening democracy, hampering economic development, and further exacerbating inequality, poverty, social division, and the environmental crisis. The explanation by the global organization working against such ghastly putrescence limns the absolute portrait of the pestilent aftermath of corruption.

“Can we end this?”, “Can we march our footsteps towards fighting against nocuous activity like this?”, “Can we pursue our life-long career fighting for this?” And the answer is an absolute YES. Many activists have been dedicating their elbow grease to fight against corruption and still combatting along with thousands of others who want the corruption-free country and the whole world. Among the various moves exhibited by salute-deserving heroes, “Science of Anti-Corruption”, coined by one of the most prominent figures of Nepal, who has been fighting against the corruption, Bharat Jangam, has been a revolutionary shift to not only fight against corruption but also procreating the brainiacs who can scrimmage with the illegal behavior to create the pristine and prosperous world.

Everyone is aware of the record-breaking nation, Denmark, which amuses the world by taking the lead, again and again, being under Top 5 amongst the anti-corrupt countries in the world. The reports stated that due to Denmark’s high degree of press freedom, access to information about public expenditure, stronger standards of integrity, for public officials and judicial systems. If such ground plans can be implemented effectively all over the world, bribery, extortion, nepotism, parochialism, graft, embezzlement like forms of corruption can be extirpated from every nook and corner of the world.

A major threat in the employment prospect with the effects of labor supply in the formal sector with reduction of productivity, alteration of the supply of labor in the shadow economy plus tax burden accompanied with the squinching of the saving consumption trade-off and pitfall of fewer investments with the imbalance in the whole economy, being responsible for backwash in the job market as well. Cleped as the “Father of Anti-corruption Science” with the initiation of the book and neo-science, Anticorruptology in the academic arena for the first-ever time in the world, Bharat Jangam has been actively involved in the anti-corruption campaigns for decades along with the establishment of Anti-Corruption Nepal in the process of conversion into Anti-Corruption Academy Nepal.

The main vision of the Academy is to create a corruption-free world with the germination of more experts and specialized professionals who can raise voice and take effective actions against corruption. With a short interview with Mr. Bharat Jangam, he informed that he presented a presentation on “An Introduction of Anti-Corruption Science” for DEAN, Assistant DEAN, departmental heads and major university associates in TU seminar for the launch of first-ever Master’s Degree Program in Anti-Corruption as the academic course, first in the world and also the first course of the subject as the part of social science.

Wielding the pen and inking the revolutionary thoughts in the books generating awareness to the people, Mr. Jangam is an internationally acclaimed author and dedicating entire knowledge and actions for the course designing of the Anti-Corruption Science to procreate experts who can pursue their career in the job market with professional skills. With the proposal approved by TU in July 2020 of inaugurating the educational program, the mission of Academy has been formulated to launch in various other universities, educational institutions of Nepal, and the whole world as well.

With the incipiency of revolutionary zeal through the novel, “The Black Sun”, weekly magazines, several novels to the conferences, pressure building, road protests, whole Nepal movement, and filing writs against involuntary tasks of government, senior journalist, literary figure, jurisprudent, nationalist, corruption activist, Bharat Jangam along with his dedicated team members constitute a vision to eradicate the roots of corruption not only from Nepal but also the whole world.

The country remains prosperous only when there exists transparency in every activity of government which applies the same in the private and non-governmental organizations too. A criminal enterprise such as drug trafficking, money laundering, etc can be accelerated with the increasing trend of corruption. The mission of the Anti-Corruption Academy Nepal should be convoyed by everyone who wants the unsullied world with new expectations and hopes of prosperity.

Kindred to Anti-Corruption Academy Nepal, many organizations are clashing with the corruption through educational, technical or movements exertion, for the prosperity and goodwill of all, everyone should be working hand in hand to nullify the corruption. Fighting the wretched fountainheads of corruption and eliminating with strict enforcement of laws for the prosperous and unbiased world should be our mission. 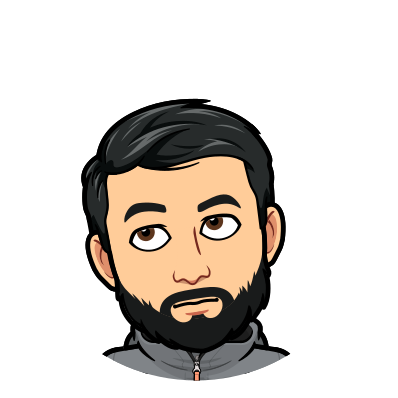