Experiences with a single commitment - We, the Rolling A versatile man with an audacious and dashing personality, smiley attitude, insisting on cooperation and fidelity, Mr. Rishi Raj Sharma, Account and Finance Manager at Rolling Plans Private Limited, highly recognizable HR Management and Consulting Company, expresses himself as fortunate, committing his 10 years of service at Rolling Plans and looking forward to work with the company side by side for longer times.

“What helps you persevere is your resilience and commitment.” The influential quote by famous author Ray T. Benett of ‘The Light in the Heart’ has been the synonym with the amazing personality of Mr. Sharma. Mr. Rishi Raj Sharma recalls his selection in the position of Junior Accountant at Rolling Plans Pvt. Ltd ten years ago. Flipping back the pages of history, he reminisces the result day of the Bachelor 3rd year in April 2020. A very good friend of his, who was working in the same company bumped into him when he was waiting near the campus gate of Nepal Commerce Campus for the results.

Mr. Sharma came to know about the vacant position and the rest has become history. An interview was taken of him by Mr. Anup Jangam, Chairman of Rolling Plans Pvt. Ltd and there was an absolute bombshell when he realized that he was selected for the position. “Ten years of service until now is not much easy for the employees in the same company, but my commitment to the company was very positive and trustable. It is the feeling of responsibility towards the goals, mission, and vision of the company”, he shares.

Comparing 10 years before and now, in course of the time of enrollment, Mr. Sharma explains that the level of confidence, job knowledge, and communication patterns are some of the changes he realized in his service tenure. Enjoying a good rapport with juniors and even seniors along with creating a comfort zone around them is his charismatic differentia and his hard work and dedication have been an inspiration to the newcomers in the organization as well. Mr. Sharma shares the alteration in perceptions he felt when working with the colleagues varying drastically in terms of age, experience, and knowledge which results in accelerating maturity and work knowledge. He further adds that personal development will advance rapidly when someone starts to see the world outside his/her educational vantage point.

Great personality with adapting changes, Mr. Sharma is aware of the competition in the market. He seeks to bring and adopt the changes regarding clear goals and the development of effective strategy along with staff management and strong marketing. He adds that maintaining a positive attitude is a must for everyone in any organization. Teamwork should not be just a welcome sign or a single nameplate on the door but it should be organized to build trust and achieve goals. A teamwork environment promotes an atmosphere that fosters friendship and loyalty. And Mr. Sharma enjoys working in the same team environment. He developed a system to help foster communication between his colleagues enhancing productivity and he believes the close-knit relationships motivate employees in parallel patterns and align them to work harder, cooperate, and be supportive of one another. Delegating the tasks also leads to earlier completion dates, he shares.

Regarding the changes in 10 years, he expresses that decision-making, workplace environment, and technology, along with team bonding have been a matter of changes according to him. Recalling his most memorable day at Rolling Plans, he shares that he got a chance to handle all the accounts and books on the very next day of hiring which was a big and important task for him. The management team got extremely happy with his work and his results and he got a chance of monthly salary increment in the next 3 months. He expounds with joy that those three months were unforgettable to him as an employee in the organization.

“Rolling Plans has become my second family for me since I had spent a lot of memories with the organization”, he shares emotionally. He is confident that Rolling Plans will be the number one HR Consultancy service provider in the market in the upcoming five years. He also assures that all the members of the organization are doing the best to achieve destined goals. Mr. Sharma can be regarded as the synonym to the word ‘Commitment’ and his experiences and goals are praiseworthy to be heard. Commitment and sticking to a single organization is not a simple thing and Mr. Sharma has created a hallmark in terms of personal and organizational commitment. 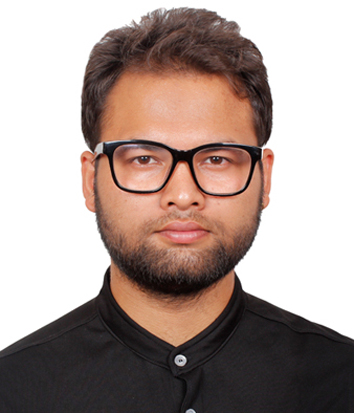