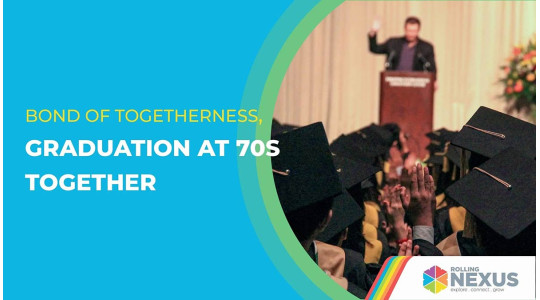 Bond of togetherness, graduation at 70s together