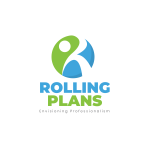 Magical lady with the power of words, J.K. Rowling

''You control your own life. Your own will is extremely powerful." -J.K. Rowling

What happens when a stupendous idea gets hit with the stroke of a pen? Do the words written on the blank pages of a book have an intensity of change? The answer to these mind-bending questions is ‘YES’. ‘Expelliarmus’, ‘Muffliato’, ‘Accio’, the famous spells from the Harry Potter series that the fans perform a spell with hands on a wand dissimulating as the characters of Harry Potter in chimera. The fanfare of the blockbuster series of Harry Potter books and films were possible as the corollary of the idea of the author, Joanne Rowling, popularly known as J.K. Rowling, the mastermind behind the great hits of the great series like Harry Potter and Cormoran Strike.

A British author, film producer, television producer, screenwriter and philanthropist, J.K. Rowling submerged the idea of Harry Potter in a four-hour delayed train trip from Manchester to London and the rest is known to all. Failure of marriage, failure of career, single parenthood and, responsibilities once led Rowling to penetrate clinical depression and contemplate suicide. And this depression was the major reason for her to start writing. J.K. Rowling was saddened by the death of her mother and she represented the hollowness and inconsolable sadness in The Harry Potter series relating to the lead character, Harry.

The fondness of books arose within Rowling from an early age when she read the autobiography of Jessica Mitford, ‘Hons and Rebels’, she assumed Jessica Mitford as her inspirational heroine. Forbes has enlisted J.K. Rowling as the 1st person of highest-paid authors. The amount she received she received through her books is donated as a charity.

A lady with a golden heart, an author with mind-boggling ideas, her ladder for success was filled with many hindrances like rejections of Harry Potter from 12 publishing houses, divorce and many more. The publishing house reported doubt that her name could be abbreviated because the woman author was not digested at that time. But her passion made her worth, whistling the sublime success of her remarkable works.

Her spellbound writings made the world get into the spell of her great books. The renowned author’s struggle was the reason for stepping into the world of writing, hence proves success embraces not in a comfy zone but the opportunities get born in the dearth and one who shines from the frail zones, are the real heroes.


Step ahead, wipe your tears but never think yourself worthless.