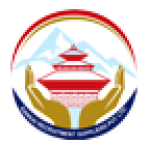 Nepal is a beautiful landlocked country, sandwiched between the two powerful nations of India and China. Although small and poor in size and economy, Nepal is rich in terms of cultural, linguistic, religious, ethnic and natural diversity. The diverse culture, religion and ethnicity although make it prone to cultural wars, there is unity in diversity in Nepal.

Nepal is rich in terms of natural, cultural and religious heritages and is the land of some of the prominent and bravest people of the world. This proud land of Gurkhas not only gave birth to the brave and courageous people but to the calm and peaceful Buddha.

The color and the signs in the Nepali Flag signify the two distinct natures of Nepali people that are: courageous and peaceful.

Nepal, officially the Federal Democratic Republic of Nepal, is a landlocked country in South Asia and, as of 2010, the world’s most recent nation to become a republic. It is bordered to the north by the People’s Republic of China, and to the south, east, and west by the Republic of India. With an area of 147,181 square kilometres (56,827 sq mi) and a population of approximately 30 million, Nepal is the world’s 93rd largest country by landmass and the 41st most populous country. Kathmandu is the nation’s capital and the country’s largest metropolitan city.

The climate in Nepal varies by topography. The lowlands in the south are more humid and tropical than the high peaks of the Himalaya. The peak season for trekking and tourism in Nepal is in Autumn, from September to November.

2023 All Rights reserved with Rolling Nexus